including night and weekends

University
Institute of
Face and Neck

ANTOINE LACASSAGNE, A CENTER OF EXCELLENCE FOR THE FIGHT AGAINST CANCER

Lacassagne is one of 18 French centers devoted to fight cancer and grouped within UNICANCER which unites the group strategy.

Founded in 1961, Lacassagne has a threefold mission of care (prevention, screening, treatment and reintegration), of research ( (basic, clinical and translational) and of education (academic and post-academic). Lacassagne treats all types of cancer and receives 5,500 patients a year.

It is the regional cancer center for Provence-Alpes-Côte d’Azur (PACA) which stretches from Menton to Saint Tropez, ie approximately 1.4 million inhabitants, and Corsica.

In addition to providing care (surgery, radiotherapy and medical treatments), Lacassagne is also committed to teaching/training and research. More particularly it has training and research teams including three CNRS (National Centre for Scientific Research) certified teams and a CNRS unit.

As a leading cancer institute, its aim is to ensure that all patients, irrespective of their social, geographic or generational circumstances, benefit from innovations which will revolutionise the medicine of tomorrow.

Lacassagne is a Center for the Fight against Cancer governed by the Public Health Code. Its fundamental missions in oncology are:

The patient, at the heart of our concerns.
Our commitment, to offer our patients the highest quality of care, treat each patient with kindness in a unique and special way.

The requirement: to aim for excellence in receiving patients, quality and safety of care, continuous updating of our skills.

Innovation: offering the most innovative treatments and constantly investing in the search for new therapies.

Sharing, optimising the global, personalised and coordinated care of patients by developing partnerships and sharing experiences.

Lacassagne offers all patients equal access to innovative treatments and high quality care. All fees are in line with Social Security rates and private consultations are not provided.

A BIT OF HISTORY

The Nice Anti-Cancer Center was created by ministerial decree of 18 October 1954, by its Founding Director, Dr. Vincent Paschetta.
Work began on a site adjacent to the Pasteur Hospital in 1958 and the inauguration took place on December 23, 1961. 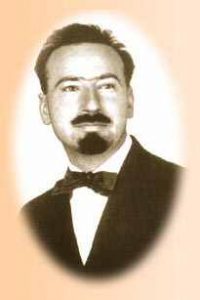 Antoine Lacassagne 1884-1971 Radiologist, Commander of the Legion of Honor and Grand Officer of the Order of Merit

As an intern at the Hospitals of Lyon in 1908, he was preparing his thesis on the effects of x-rays on ovaries under the supervision of Claudius Regaud. When Professor Regaud was appointed to work alongside Marie Curie at the Radium Institute in Paris, he asked Antoine Lacassagne to follow him.

In 1932 he showed that the injection of female hormones (estrogens) into mice increased the frequency of mammary cancers. In 1962, he received an award created by the United Nations General Assembly for all his work accomplished during a long and distinguished career in the field of cancer.

Antoine Lacassagne Center is managed by a director general, doctor, appointed by the Minister of Health. He is assisted by a Deputy Director General and a management team.